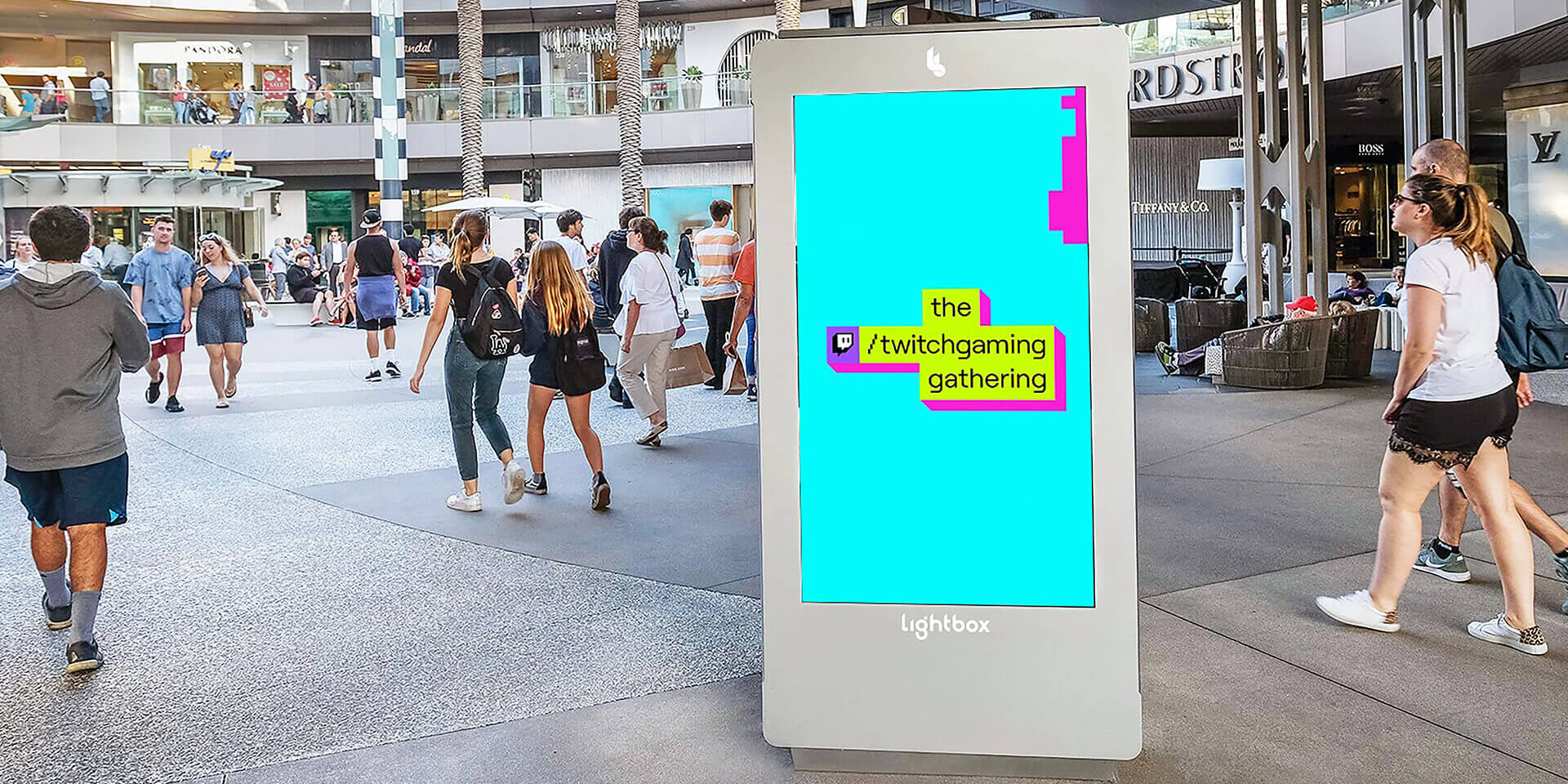 As a part of its 2021 ‘Hottest Days’ campaign, Twitch, alongside agency Mediahub, launched a programmatic digital out-of-home execution with Vistar Media. The goal of this campaign was to drive awareness, consideration and tune-in intent for its tentpole Gaming Gathering event. The campaign ran across billboards and malls, nationally across the United States.

How Twitch Increased Tune-In Intent by 23% With DOOH

To begin, Vistar Media’s partnership with  PushSpring was leveraged to target a custom audience of “Twitch Gamers” based on mobile app installation data. We then analyzed the audience’s consumer movement patterns over a period of time to understand where and when these consumers had the highest propensity to be.

Billboard inventory was activated across Vistar’s open exchange across multiple media owners.  The campaign utilized several creative messages to build awareness and provide tune-in dates. Through our programmatic DOOH technology, Vistar was able to seamlessly transition through different creatives, allowing for different messaging to be shown leading up to each session for the Gaming Gathering event.

In order to evaluate the effectiveness of the DOOH campaign, a brand lift study was conducted to evaluate consumer perception and tune-in intent, based on verified exposure.

According to Sam Harvey, Senior Manager for Brand Media at Twitch, the campaign was “a huge success” and Twitch “crushed their viewership numbers.” The DOOH campaign brought a 23% surge for tune-in intent for the Twitch event.  Furthermore, consumers exposed to the campaign were more likely to be aware that they could watch relevant content on Twitch.

Due to the innovative strategy that drove impressive results, Vistar Media & Twitch won the DailyDOOH Award for 'Most Innovative Use of Data.' The campaign has also been nominated as a Finalist for AdExchanger Awards' 'Best Programmatic Out-of-Home Activation.'

View the full case study to learn the complete strategy for this stand-out campaign.