Meet Tom – originally from Ivybridge, Devon in the South West of England, he graduated from the University of Plymouth with a degree in Psychology and has since lived and worked in London. Having previously worked with OpenX, Freewheel, Tubemogul and The Guardian, Tom joins us as an Account Manager for the Publisher Solutions team, based out of our London office. When he’s not looking after our EMEA based media owners, he can be found either playing or watching football (soccer), attending live music performances, or traveling around the globe.

Tell us a fun fact about yourself.

We’ve recently adopted/been adopted by two cats who came from a group of 45 cats living locally, with an old lady. Desmond and Norman are now happily settled in, in charge at home, and looking forward to the festive season!

So I have to ask… what’s it like having the surname, “Christmas,” around this time of year?

It’s generally a nice experience, however prior to Uber and online restaurant reservations it was very difficult to convince taxi companies and restaurants that I wasn’t giving them a fake name!

I’ve had 34 years of various Christmas jokes, but I’m always interested if anyone can come up with anything new!

What do you do as an Account Manager for Publisher Solutions?

My role is to manage the accounts of those media owners currently working with Vistar Media in Europe. These range from multinational to local, but the aim is the same: to offer great service while increasing revenue. I’m there to support and educate our media owners in every facet of their interactions with Vistar and programmatic out-of-home in general, while developing their knowledge of the area – as well as mine!

What is the most interesting part of your job?

Coming from a digital programmatic background, rather than out-of-home, it’s been really interesting to pass on my knowledge of that part of the industry whilst developing my expertise of out-of-home, with the help of my extremely knowledgeable and experienced colleagues.

Since starting at Vistar, how has your view on out-of-home changed?

I was starting from a fairly low knowledge base, but I have only respect for the media owners and buyers in the space – who along with the likes of Vistar Media, are driving this specific part of the industry towards a smarter way of transacting in out-of-home.

My view is that there is a real hunger for this in the industry and that Vistar is at the forefront in making it happen.

What is one thing you wish you would have known prior to joining Vistar?

As previously mentioned, I moved from a largely display and video focussed background, where typically you’re working with standard desktop or mobile screens. I wasn’t quite aware of the scale and variety of media owners, as well as the different types of locations and environments in which digital out-of-home screens were located and available for our buyers.

This is certainly a positive, and gives the perfect environment for every type of brand to advertise in out-of-home with Vistar Media.

Connect Your Kiosk to Advertising Dollars 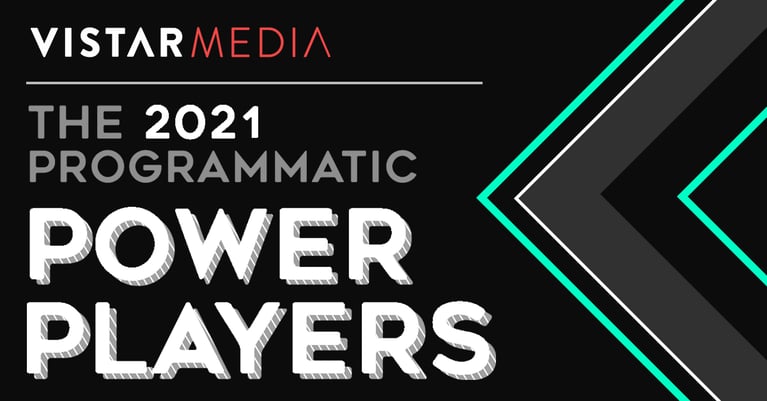 Connect Your Kiosk to Advertising Dollars