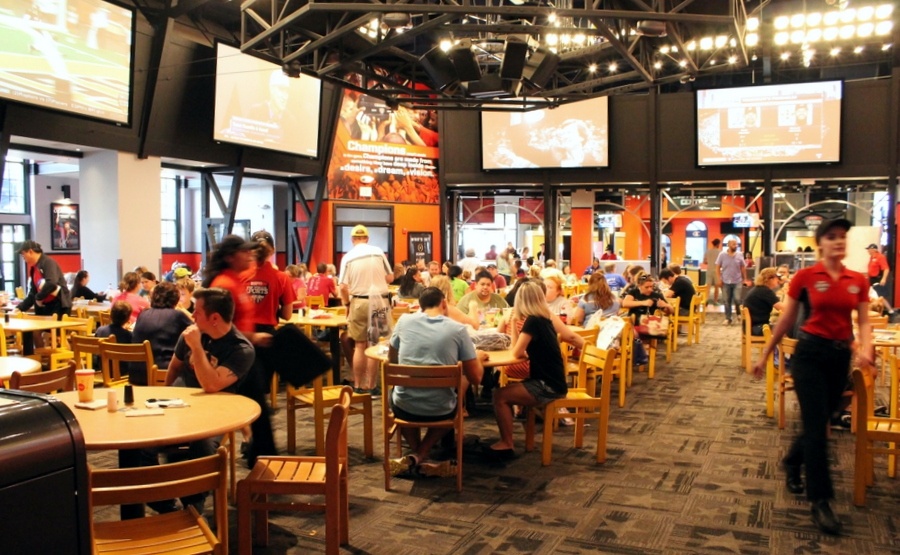 How One Casual Dining Restaurant Scored a Touchdown with Cross-Screen

A popular casual dining restaurant which caters to football fans wanted to drive brand preference as well as foot traffic with their “½ off Tuesday” promotional messaging. The brand reached out to Vistar to execute a campaign across digital out-of-home and mobile media. Measurement results proved that this cross-screen campaign successfully grew awareness, brand preference, visit intent, and foot traffic.

The restaurant chain falls within a competitive casual dining market and therefore wanted to reach not only loyal customers but customers previously loyal to competitors. The campaign centered around creative that advertised a ½ off promotion for Tuesdays - typically a lower day for NFL fan sales, but with the potential to draw in college football fans.

To execute this campaign, Vistar first had to determine the target audience. Vistar identified devices that visited the restaurant’s locations, competitive restaurants, and attended sporting events. Once the audience was defined, Vistar analyzed the movement patterns of these consumers in order to activate mobile and DOOH media to reach them where they were most likely to be throughout the day.

At the end of the campaign, there had been a 7% increase in awareness, 35% lift in brand preference, 13% lift in visit intent, and a 60% increase in foot traffic.

Throughout the campaign, most restaurant visits occurred between Saturday and Tuesday. However, even though the majority of restaurant visits by consumers exposed to the campaign occurred on days football games are televised, the rise of Tuesdays to have the third highest visit rate suggests that the ½ off promotion and campaign targeting were effective at boosting the non-game day visits.

Ultimately, the day-specific promotion was a success, drawing in loyal and competitive consumers, as well as football fans. The mix of venues based off of movement pattern insights and cross-screen execution proved to be a game winning strategy for this casual dining restaurant.